Why community newspapers are thriving

I scan Bo Sacks’s daily email list of publishing stories, though Bo is a magazine guy.

A few weeks ago he linked to Samir Husni’s article Lose the News – Keep the Paper. Samir Husni manages the Magazine Innovation Center at the University of Mississippi.

“I am a firm believer that today more than ever we need papers; printed papers; we need them to read like weeklies on a daily basis, unless their frequency is already weekly, and then we need to call them by that moniker. I refuse to call them “news” papers because I really believe that the word newspaper is an oxymoron. In today’s world, there is no way that you can have news, actual breaking news, on paper. But does that mean that we have no need for papers anymore? No need for that printed product that comes curated, edited, well-thought-out, designed, and arrives on my doorstep or in my mailbox on a regular basis? We absolutely do need that product and I’ll tell you why.”

And, save for the occasional story that garners attention from more distant electronic media, once a week is perhaps the ideal frequency and paper the ideal medium. 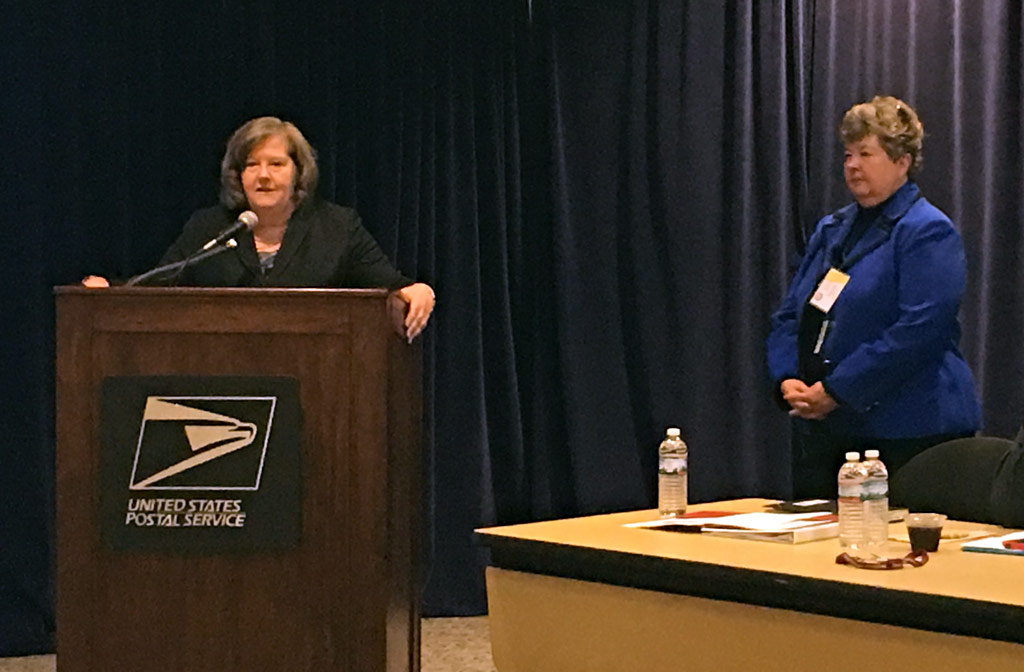 Newspaper mail delivery is being improved: here’s how

Top Postal Service deputies and vice presidents delivered a practical and in-depth report on the newspaper mail Kaizen sessions it ran monthly in 2015. Half of the sessions were at Interlink client papers.

The outcome of the Kaizen sessions identified practices both on the newspaper side as well as the Postal Service side where changes could quickly and easily make a significant improvement in delivery consistency.

National Newspaper Association President Chip Hutcheson, publisher of The Times-Leader in Princeton, KY, this week expressed cautious optimism that introduction of a new postal reform bill in the House of Representatives would lead to a final legislation this year.

A “discussion draft” of a bill supported by a bipartisan group on the House Oversight and Government Reform Committee was released June 15. The bill would provide financial relief for the stressed U.S. Postal Service by requiring some retirees to use an already-funded Medicare benefit instead of USPS’s own plan. USPS has built up nearly $70 billion in debt on its balance sheet because of its inability to make an annual $5 billion prepayment for its own plan to the federal government. The bipartisan bill would dramatically reduce or eliminate the need for that annual payment by integrating Medicare into the postal retiree package.

A new rule governing overtime pay for employees will create disruption at small newspapers and likely lead to more job cutbacks, National Newspaper Association President Chip Hutcheson, publisher of The Times-Leader in Princeton, KY, said today. He expressed disappointment that the U.S. Department of Labor had rejected calls by many small businesses to introduce a more modified and gradually-rising threshold that sets overtime-eligible employees apart from professional staff.

Q.  While updating Interlink Circulation to the latest version, my icon disappeared. How do I get it back?

A.  When updating to a newer version of Circulation, occasionally the icon will disappear from the desktop as the older version is being uninstalled in preparation for the new version. The disappearance of the icon usually happens due to an interruption in connectivity during the downloading process.

If your icon is removed from your desktop, simply download the software again, open the program and restore your list from Interlink.

If you need additional information or assistance, please contact our client solutions team at 888-473-3103.

Lucy Dalglish, a nationally-recognized First Amendment advocate and lawyer, will be the keynote speaker at the National Newspaper Association’s Community Newspaper Leadership Summit, March 16-17 in Washington. Dalglish, who is currently dean of the Philip Merrill College of Journalism at the University of Maryland, will address community newspaper publishers, editors and NNA Foundation News Fellows at the National Press Club the evening of March 17.

NNA President Chip Hutcheson, publisher of The Times-Leader, urged publishers to make time for the 2016 summit. With a high-octane election year rolling out, Congress will be under pressure to make major decisions on issues that affect newspapers. NNA members will visit Capitol Hill the afternoon of March 17. Among the issues they will tackle with their congressional delegations:

As of January 26, 2014, the United States Postal Service discontinued the use of one-inch sack and tray tags. Additionally, all current USPS sacks and trays have changed their holders to accommodate two-inch tags, which do not properly secure one-inch tags.

While Interlink discontinued the sale of one-inch tags in August 2013, the report has remained in Circulation for those publications that did yet make the transition to two-inch sack and tray tags.

To remain complaint with the USPS regulations, Interlink will remove the ability to print one-inch periodical and standard mail tags from Circulation in January 2016.

If you need assistance in making the transition to two-inch tags, our Client Solutions team may be reached at (888)473-3103 or support@ilsw.com.

Interlink Circulation Version 2.4.3 is live and ready for update. If you don’t update through the program, you can obtain the latest version from ourÂ Download page.

Please read the Release Notes when you perform your automatic update!

WASHINGTONâ€”If Congress does not act quickly to reform the U.S. Postal Service, small-town America can expect a further slow-down of the mail, said Chip Hutcheson, publisher of The Times-Leader in Princeton, KY, when he testified to a U.S. Senate committee Jan. 21.

Hutcheson, president of the 130-year-old National Newspaper Association, told the Senate Committee on Homeland Security and Governmental Affairs that the closing of many mail processing plants by the troubled Postal Service over the last decade has already hurt mail service, which in turn damages local economies. He said a survey of his 2,300-member association of community newspapers indicated more than 92 percent said they have had recent problems getting newspapers through the mail on time. Nearly half report problems with First-Class or Priority Mail as well. NNA represents community newspapers, including more than 2,000 weeklies that largely depend upon mail distribution to reach readers.

Congress has been trying since 2008 to reach agreement on legislation to help the Postal Service address falling mail volumes, but still serve every household in America. Postmaster General Megan Brennan testified that the Postal Service had incurred $56.8 billion in net losses since 2007.

The testimony was offered by NNA in a hearing called by Committee Chair Ron Johnson, R-WI, entitled â€œLaying Out the Reality Of the Postal Service.â€ Johnson and his committee are being asked by a coalition of businesses that use the mail and of postal workers to prevent further mail cutbacks.

Sen. Thomas Carper, D-DE, has introduced the Improving Postal Operations, Service and Transparency (iPOST) Act, to prompt action on Capitol Hill. Hutcheson told the committee the bill could serve as a foundation for congressional action this year, but urged Congress to act before April, when USPS finances are expected to worsen by $1 billion because of a court-ordered postage rollback.