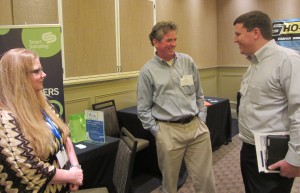 What to do when electronic documentation (eDoc) fails 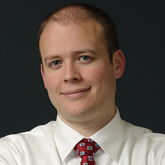 Abandoning hardcopy postage statements in favor of electronic submission offers several advantages to newspapers, not the least of which is welcomed convenience to both publishers and Post Office employees alike.

But what happens when the ‘e’ in eDoc stops working?

END_OF_DOCUMENT_TOKEN_TO_BE_REPLACED Members of the International Society of Weekly Newspaper Editors participate in an editorial critique session at the organization’s summer conference held at Fort Lewis College in Durango, CO. From left, Interlink customer Sarah Kessinger, editor and publisher of the Marysville Advocate in Kansas; Merle Baranczyk, publisher of the Mountain Mail in Colorado and Immediate Past President of the National Newspaper Association; Steve Bonspiel, editor and publisher of the Eastern Door in Quebec, Canada; Jim Painter, city editor of the Temple Daily Telegram in Texas; and (back to camera) Clyde Willis, retired publisher of the Metropolis Planet in Illinois. The editorial critique session above was facilitated by retired Missouri publisher, now Interlink Senior Sales and Marketing Manager Helen Sosniecki, whose husband, Gary, is the current ISWNE president. Conference hosts were former Interlink customers Guy and Marcia Wood of New Mexico, now retired. The Sosnieckis will host the 2015 conference at the University of Missouri School of Journalism in Columbia. Click here for photos from the Colorado conference.

END_OF_DOCUMENT_TOKEN_TO_BE_REPLACED

Johnson Publications publisher Lori Pankonin, right, watches a presentation at the print shop in Railroad Town, which is part of the Stuhr Museum’s Living History Community in Grand Island, NE. The tour was a fundraiser for the Nebraska Press Foundation as a kickoff to the Nebraska Press Association’s annual convention in April. For more photos from the Nebraska convention, click here. Interlink photo/Helen Sosniecki

END_OF_DOCUMENT_TOKEN_TO_BE_REPLACED

NNA members in D.C. for ‘We believe in newspapers’ summit NNA members from around the country converged on Washington, D.C. on March 13 for the “We Believe in Newspapers” Leadership Conference and Postal Summit. After a group session, members headed to Capitol Hill to visit their representatives and senators to discuss issues important to the community newspaper industry. Postal changes, including the possibility of the United State Postal Service dropping Saturday mail and the possible end of Postal Regulatory Commission oversight of USPS, and the handling of advertising deductions as a business expense were high on the group’s list this year. The day ended with Bob Schieffer, CBS anchor and moderator of Face the Nation, addressing the group at a dinner at the National Press Club. Schieffer, a friend of NNA President Robert Williams, is shown above, center, with Williams, right, and Nebraska Press Association Executive Director Allen Beermann as he arrived at the Press Club prior to the dinner.  For more photos from the ‘We Believe in Newspapers Summit’, click here.  Interlink photo/Helen Sosniecki

Subscriptions: Expanding that revenue source may be easier than you think

Time to risk something new?

How about more of the same?

It’s a lot easier than changing!

And, in at least one substantial way, much more promising.

Newspapers have been around for centuries.

So what’s different these days?